Just like the ladies, many male celebrities accredit Yoga for their physical and spiritual wellbeing.
Robert Downey Jr is a fan of Power Flow Yoga a vinyassa style hot room Yoga which flows like a dance. He says he has found relief from his addictions through Yoga.
Matthew McConaughey seems to prefer to practice his Yoga outside and is often seen working through his asana on the beach in Los Angeles, shirtless (does he even own a shirt?) 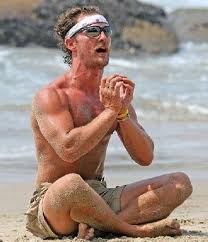 Initially Sting had a dim view of Yoga "When I was younger, I preferred more aggressive exercise, such as running, and didn't fancy the idea of sitting on the floor contemplating my navel, as I rather naively considered it at the time." he then continues " Of course, I was totally wrong. Ashtanga Yoga requires a great deal of physical and mental effort, and it wasn't long before I became hooked.
Apparently Adam Levine couldn't touch his toes before he started Yoga only a few years ago but now has his poses down to a fine art. 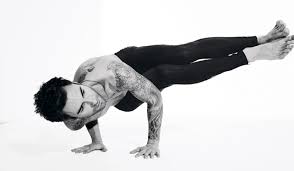 Just like Lady Gaga many male celebrities practice Bikram Yoga. Prince Harry says "Bikram Yoga is the most amazing thing I've ever done in my life. I'm addicted; I want to do it every day." David Beckham now practices Bikram Yoga following his a one on one session with the founder Bikram Choudhoury.
Ashton Kuchter was introduced to Yoga by his ex-wife Demi Moore and also now practices the Bikram style as does Robbie Williams.
Please share with us your favourite yoga male.


Everything is very open with a very clear clarification of the issues. It was definitely informative. Your site is very useful. Many thanks for sharing! gmail login


It's very easy to find out any matter on web as compared to textbooks, as I found this article at this website. aol.com mail login

Sign up for our Newsletter & be the first to hear of new dates & offers. 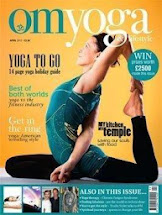 Thank you for your visit